Race, Intolerance and The Selling of New York

This is my day to do a Self-Criticism.


First off, I castigate myself as a bad blogger. Dear Reader, it's been a week since my last post, and you have kindly returned to see...absolutely nothing. I am sorry. And not just for you either, but for me as well. The pace of life (or was it just the pace of my mind?) has been so rapid, that there has not been a pause to ponder. And the worst is knowing that I have had some really cool ideas, and I have either forgotten them or lost my enthusiasm for writing them down in the midst of just doing too much.

One of the things that has interrupted my flow is the marketing of my Friend, the beautiful co-op in Sugar Hill, Harlem. First of all, let me say that I have been touched and comforted by those of you who commented on that blog and understood my angst about selling my Friend. Your comments and the empathetic tears you have reported to me have made me feel accompanied and a little less lonely here in my nimbus of impractical, nostalgic, animistic feelings. You have made me feel a little less weird and so I thank you.

My Friend has officially been on the market for a week now, and on Friday my slow-burning anxiety culminated in spending the entire morning searching for my apartment on line, not finding it, freaking out that my real estate agent was not on the job, and starting to post it everywhere I could think of including, yes, Craigslist.  I guess I really want this to be over soon and not have to live through a protracted goodbye. I hate goodbyes. I am bad at goodbyes. Let's get this over with, I say, and not spend too much time waving on the platform. 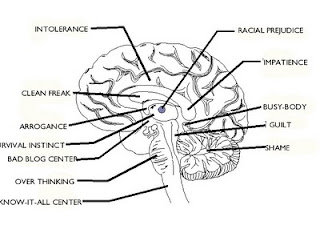 So I posted furiously for three hours, and if you're curious about my Friend, try googling the MLS # which is 818576 and see if you find my place (in New York, of course) -- or some former listing of an apartment in Boulder, CO which is what I found on Friday, hence the freak out. You can be assured of seeing my Friend on my Postlets site at www.postlets.com/res/4126432.

Besides condemning myself as a  bad blogger, here is my second, and more serious, self-critique:  Am I  racist, or just equal opportunity intolerant of others in general?

UE's real estate agent is a tall, rangy, good-looking,  glasses-wearing, long-braids-done-up-neatly-in-a-bun-bearing African American man who I will call Kalim. Kalim is nice and soft-spoken, and I chose him and his small, boutique agency to sell my Friend because they know Harlem, know HDFC co-ops, and because I thought my entirely black Board of Directors might feel more at ease with him than some perky blonde from Prudential Bache. Good reasons, all.

One week after signing paper and getting this amputation on the road, however, I started to doubt my decision. Kalim was moving too slowly! I couldn't find my apartment listed anywhere on line, and when I Googled it, not even Kalim's agency's web page came up. I wondered if he was a pro or was he not? Was I socked into a four month exclusive contract with an incompetent? Where was my perky, efficient blonde from Prudential Bache, the agent I had not chosen but in whom, sight unseen,  I suddenly had more confidence than the guy who had referred me a great contractor to do the renovations and had taken hours of his time to talk with me about the apartment? The home team guy? Yes, it took almost no time at all for me to lose the faith and doubt the creds of my local Harlem real estate agent.

When I informed Kalim about what I had done on Friday he sent back a short, slightly weary little note asking me to desist because he was posting in the same places and it would confuse people. And, by the way,  he had an open house planned for Saturday at 1:00 PM.

I don't honestly think that race had anything to do with my panicked reaction to not finding my listing online. I come from a liberal, East Coast background and have made a career of teaching educated, often socially insulated white Americans about Latin American culture and language. I have lived in Harlem for 11 years, and New York City for 28, none of which makes me immune from racism, but the trajectory of my life has kept race and community in the forefront of my consciousness. But after my little anxiety attack, I felt that I had to investigate whether or not Kalim's classic red velvet, Barry White baritone, loping walk, and Striver's Row style inspired in me some sort of automatic doubt in his professionalism. If the imaginary PruBache girl were my agent, would I have doubted her after a 10 days and no searchable listing? I think so, but I am not sure.

A question to ponder in future posts: Where did I score on the Racism Scale (if there is such a thing) when I arrived in Harlem, and where do I score now after 11 years living there? Glinda the Good will have to ask Dorothy the all-important question before she clicks the red shoes: "And what have you learned, dear?". That question will have to be answered bit by bit in future posts.

For now, however, Urban Exile must launch into her third (and thankfully, last) self criticism of the day: Generally, I do not trust anyone to handle my business -- or even his own -- as well or efficiently as I do myself. Really. I am a control freak.

My impatience with other people's ways and speeds of doing things has sometimes marred my relationships. I am sure others close to me have seen me as intolerant and impatient and a real pain in the a** at times.  As an artist, I am aware that there are many pathways to a good result because every one's mind solves problems a slightly different way. The shortest path to the result is not always the best, the most creative or the most fun. Yah yah yah. But often that hasn't short circuited that hot surge of impatience that rises in me when I see someone doing something "the wrong way". It hasn't stopped me from stepping in and just doing it my way with, perhaps, a bit of a look on my face and an edge to my voice.

At this moment, True Oak gently glides in and sits down in the worn, comfortable easy chair of my mind. She is wearing one of her trademark soft, flowing outfits punctuated on the pedal extremities by that pair of comfortable, solid Danskos she sometimes wears that remind me what a practical, grounded person she is. "Aren't you being a bit hard on yourself?" she says in the low, even tone that lets me know that the most rational answer is "yes" but still leaves the question open to argument. I love the way she pulls me back from the mental edge.

The Exile is rather talented at getting things done. And I did grow up in a house that was in such frank disorder so regularly that no one could come over to play. I cleverly recreated that unpleasant atmosphere for myself over the course of several relationships, too, by falling in love with depressive and/or just filthy men. So it's no big surprise that when I see what I perceive as disorder or inefficiency, I bristle and take over with an energy that must be slightly scary for those around me. Making order is a "fight or flight"response for me, and disorder feels to me like threat to my survival.

So am I a racist? No, I don't think so. Am I  a control freak? Definitely. I don't like other people's ways of doing things sometimes. Urban Exile is working on that.

When I doubted Kalim's professionalism this week, there was a problem with my frenzied "Oh, I'll just do it myself then!" attitude. It was lacking in faith and respect. And I am truly sorry. I'll try to learn to sit on my hands the next time I feel like meddling.

Now excuse me, as I need to go fold FF's t-shirts. My way. 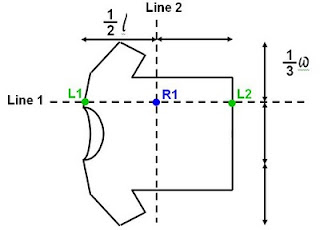 Diagram of how to fold a t-shirt by www.Tickledbylife.com

Dear fellow control freak: When I sold my house three years ago, I did it as a "For Sale By Owner." I also scrubbed every window sill, degreased the kitchen ceiling, and painted nearly every room (including the ceilings and closets and including the kitchen cabinets) except the kitchen and bathroom. I hired professionals to do things like fix the plumbing in the kitchen and bathroom, install some new cabinets, (paint the kitchen and bathroom when the other work was done),lay down carpet and linoleum throughout the house. When people came to look at the house, I was present to answer questions. Would I sell a house this way again? No. On the other hand, I would probably go through a healthy batch of toothbrushes on my way to scrubbing the place into a sale. Sometimes, we just need to accept the fact that we have certain blind spots and those feed on our anxieties, etc. etc. etc. You'll be okay.