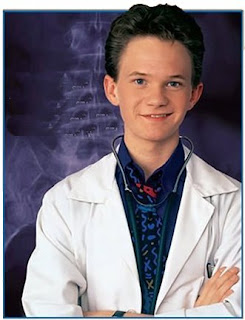 Breaking My Leg, Discovering My Growl 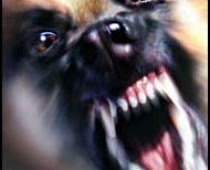 The Exile has been somewhat scarce to this blog lately. And though I can't blame it entirely on recent dramatic events in my life or in the world, I do have an excuse: I broke my right leg good and proper.

I have never broken a bone before, so it was necessary for an overachiever like myself to do a real number on her first break. I spiral fractured my right tibia, and I made mincemeat of my right ankle, slicing off the posterior meleolus and deranging and dicing some pretty important ligaments in the process.

Turns out the ankle is a complicated and delicately-made item. I had always suspected as much: Of the parts of my body that I've ever looked at with suspicion, that is, with the sideways thought that they might fail me one day, chief among them are the ankle, the wrist, and the knee, in that order. For some reason elbows, hips and spine (mine, anyway) seemed sturdier to me. But the ankle has always been an iffy proposition in my opinion: It takes too much weight, too much abuse and, in my case, is way to slender for the job it has to do. Fundamentally, an ankle is two long sticks (tibia and fibula) tucked into a kind of tripod formed by bones called meleoli which are, in turn, sort of rubber-banded together by a complex criss- crossing of ligament and muscle. The design has always served me well.
Until a sunny Saturday three weeks ago when I heard my husband come home from the gym. I skibbled down the stairs with an almost empty laundry basket of things to iron, when I simply missed one of the very irregular 220 year old pine steps of our house in Tiny Town and crashed. Half of me. The other half (the right one) remained hung up in the balustrade in a most unnatural position. That's how it happens: One moment you are thinking hoagie, the next you are screaming and your mind is awash with pain.
It's amazing to me how in one split second a person can turn from a happy, lunch buddy to an animal trying to free itself from a trap, growling at all who come near and wailing in an odd tone that even she herself does not recognize. It's a shock. But this is what happens, and do not be surprised if one day this happens to you. Do not feel ashamed about it. After the worst is over and you're lying in bed well-medicated you will look back and, if you have any sense, you will realize that the critter you met at the bottom of the stairs is an important part of you that you had simply never met before. For beneath all the clothes, manners, education and culture there is an animal body whose only aim is to protect itself by any means possible. This is when you hear your own growl for the first time. You hear the growl, your mind asks, "What the hell is that?", and you realize it is yourself. And then you growl. And growl. Growl.
In the next several posts, I will be offering some wisdom from my own all too raw experience about what to do you when you break your leg. I am discovering that there is little true information available about what really happens during this process, and that the saw-bones and hospitals in general do not fill you in on some really important things you'll want to know. I hope this will come in handy to someone, somewhere.
In the meantime, be careful on the stairs.
Posted by Dorothy Potter Snyder at Tuesday, March 08, 2011 No comments: