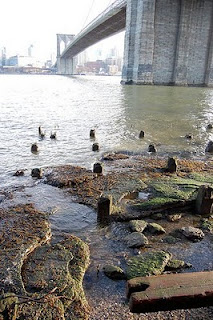 The feeling has crept on me slowly, like a river rising in the rain: It is time to leave New York City.

This blog is about this one simple question: What happens when a person who has spent all of her adult life living in Manhattan, decides to leave?

For 28 years New York City has been my home. I have spent most of my life here with parenthetical absences in Latin America and Europe, and I have pounded these streets for nearly three decades trying to become Somebody, trying to create Something, trying to discover that Big Secret that New York City, owner of the title The Greatest City in the World,  surely possesses. A few times, I almost thought I had it.

New York will get to you, get in you, get it over on you, and really take it out of you, too. New York pulls you in, makes love to you and then the next day doesn't know who you are. New York introduces you to really famous people at after-parties, and then she dumps a wet pile of stinky garbage at your front door. New York is like a question that you wake up every single day trying to answer, and then can't sleep at night for thinking about it.

I have guardedly started letting people know that I am plotting my escape, and the reactions have been nothing if not extreme and varied. A few friends, New Yorkers all, simply sigh and say as quietly as if they were afraid that an abusive spouse might be listening: Good for you. Then there are the shocked and appalled. "Oh, no, you can't mean it!" shrieked my dear friend G. from Stuttgart. "You can't mean you're selling The Apartment!" The Apartment. That's when I realized that people all over the world thought of my apartment as The Apartment. When G. first saw The Apartment, it had large fissures in the plaster walls, several of the doors did not close and I badly needed to get the tub refinished, among other things. But to her, The Apartment was a key component of her New York Dream, fissures, messed up bathtub and all. How romantic! That is if you don't have to live there on a regular basis. For her and others like her, the name New York is whispered like a prayer, and their sense of awe for my city is comparable only to their enthusiasm for all things Native American.

My city. There, I said it again.

The series of events that have pushed me to the precipice of decamping from the Center of the Universe include 9/11, touring with my band overseas, coming home again because I missed it, and falling finally and completely in love with a great man. It's amazing how long it takes just find out where you belong on the Earth, especially if you're a card-carrying citizen of this country of pioneers, backpackers and space travelers. And once the seed that I needed to leave New York started to irritate my mind, it was inevitable that I would have to go before long. But actually doing it? Well, that's another matter.

Synchronicities blossom all around you when your heart makes a really big decision, and I'll tell you about some of them as they happen to me. For now, I am in-between in all things. Between here and elsewhere, between single and partnered, between the known and the unknown, between the shadow of the New York City dream of my youth, and a less shiny but more coherent dream that is as yet a total stranger to me. I am stuck at the moment between the tiny persistent voice in my heart that has always yearned for forests, fields and waterfalls, and the brasher, louder siren song that still lusts after a really big collection of shiny, brass rings. The new dream, still gestating, feels more sustainable, more real somehow. And I am thinking now that I cannot give birth to it in this place.

This story isn't just about leaving the biggest, baddest city in the world: It's about finally learning to say goodbye in general. It's about learning to call it quits when things don't work. It's about leaving the middle for the sides. It's about sliding that long needle into the shiny red balloon of one's biggest illusions. It's about unloading a ton of stuff. It's about saying goodbye to these people, places, smells and tastes and all their sweet and funky gifts. And it's about me, groping my way half-blind but full of a new sense of hope, as I stumble forward to find out who I will be after I break up with New York City.

I got pointed here by The Tenured Radical; and I'm glad I did. I am in the process of a similar decision (with an institution, not a place), and I am very early in this process. Perhaps as I read your journey, it'll help me with mine.

I am so honored that you, an artist, take the time to read my tale. This blogging is quite new for me, but it is also necessary writing. It touches me deeply that you visited. Thank you.