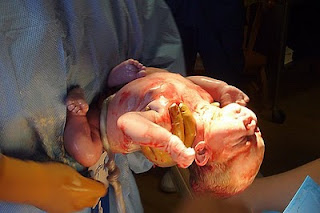 I found that I was mightily annoyed this morning after I discovered my cellphone had tricked me into thinking I had no morning classes. So a client was left hanging at 9 AM, admittedly not his usual hour, but darn it when is this thing going to work as promised? Or is it me? My mood did not lighten as the morning wore on and student #2 called in with a migraine, and student #3 said, sorry, she had to cart her brother off to the hospital for an appendectomy.

The structure of my freelance day now a shambles, I started batting around the house like an escaped ball from a pin ball machine. I washed clothes, changed the bed linens, reorganized the CD collection, dusted under the bed and actually ironed pillow cases, the latter being something that never ever happened in New York where I had an iron but no cumbersome board around to take up space. My urban energy bursts from me! I must be busy! But the universe says nothing doing, sit down and have a nice write.

Here's where I reveal that I am in the country, or pretty near to the country, in a small town in Pennsylvania that I will call Tiny Town. Tiny Town is my carefully chosen airlock between my life in the city and my future life Somewhere Else. My fabulous fiancé, henceforth known as FF, is at the root of this. I met him in New Jersey and over the past two years and in each other's company we have been slowly drifting South like two sneaky jaybirds hopping ever closer to the Equator.

I started coming to Tiny Town after we rented The Doll's House, a historic little stone structure that has been sitting at this riverside location for over 200 years. The Doll's House suits us. It suits me so well that long weekends out here with FF  became four days out here and, lately, I am our here five days a week. New York City is catching on. The apartment is a little musty when I get back to it, a little stiller than before. The neighbors begin to be surprised to see me at all. No one really knows yet, but New York is beginning to suspect that I am trying to slip quietly out the back door.

So my day as planned in shambles, I decided to go to Yin Yoga class. Indeed, I have to boot myself out the door still suffering from the nagging feeling that self-care activities like yoga are somehow "cheating". I am lying in an particularly uncomfortable face-down position on the floor trying to breathe my way through my faschial discomfort, when yoga instructor Aurora starts to read from a book called The Anatomy of Yoga. The baby's first breath after he stops receiving oxygen through the umbilical chord of the mother, she intones, is a huge, gasping goodbye to the beautiful weightless world of the womb. The child is now pulled toward the earth, and must breathe for himself. This is called birth.

Aurora reads on. The doctors tend to slice off the umbilical chord right away, rather than letting it slowly throb to a halt, and this shocks the system of the little one. When the first breath is taken, she explains, the  circulatory system of the child actually reverses, veins and arteries switching roles. The lungs expand for the first time like a parachute exploding into the atmosphere, blood rushes to the chest. A person is born.

Tears spilled down my cheeks as I crucified myself in butterfly position against the wall, and I felt a dull ache in the spot where I was trying to heed Aurora's advice to "open up my heart chakra". Every moment is a goodbye to the one before it, every moment is a birth. I felt very vulnerable lying there in butterfly position with a salty tear on each cheek, tears that I do not wipe away.

I wonder. Has New York been like some kind of iron lung for me, breathing for me, making me feel alive just because it seems so very alive? Have I felt unjustly accomplished just for living there? Yes, I remember the glow of pride I felt when I was touring in Europe and Europeans would breathe in admiration "Oh, New York! It's my dream!" Sure, if you can make it here, you'll make it anywhere, so they say. But what is making it after all? And when did "making it" start being equivalent to owning a little fourth floor walk-up and managing to pay the bills each month?

Let me out of here, Mama. I want to breathe on my own.
Posted by Dorothy Potter Snyder at Thursday, June 10, 2010