Soft Is Not Stupid 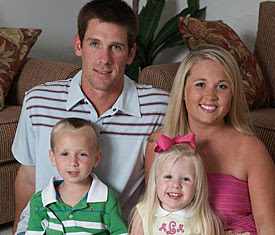 The recent news of pitching ace Clifton Phifer Lee, aka Cliff Lee, turning down the New York Yankees' offer of around 150 million for the Philadelphia Phillies more modest 120 million dollar offer had me exultant. Crowing. Ebullient.

I'm a lifelong Phillies fan, and of course I was thrilled that we now have probably the best lineup of starters ever in baseball history with Lee, Roy Oswalt, Roy Halladay and Cole Hamels. And if we can only remember how to hit the ball, the 2011 season is shaping up to be a humdinger for Phillies fans. But the story really got to me because Cliff Lee, in his very polite Arkansas way, said "no" to a big steaming wad of money and "yes" to a lesser wad and the team and city he really wanted to play for. Cliff Lee said no to New York City.

Texas Rangers General Manager Jon Daniels remarked to MLB , "He was very appreciative of the time he was here (in Texas) and how he was treated. He and his family enjoyed his time here. He also enjoyed his time in Philadelphia and liked some of the things that opportunity had to offer. People rag on players for following that last dollar. Cliff didn't do that. I have a lot of respect for him."

Me too. I also admit that if anyone offered me 100 or so million dollars for anything I would be really OK with the "lower" amount. But in the professional sports world, saying no to money is unheard of and saying no to the New York Yankees, the Rolex of the MLB, just doesn't happen.

Did Lee turn them down because he likes the team in Philadelphia? Apparently yes. But there were also some factors weighing against the Lee family going to New York, like the fact that during the World Series some Yankees "fans" decided to spit, throw beer and shout obscenities at Lee's young wife Kristin who was sitting in the visiting team's seats watching her husband play. Nice, huh? And not too darned surprising to me. Yes, there's dumb fans everywhere who do mean things. But this particular bad had the stink of New York on it and, sorry folks, but no way that would have happened in Benton, Arkansas where the Lees are from. Neither in Philadelphia, I'd wager.

My lifelong friend Mary Elizabeth is a style writer and was born in the south. She was transplanted as a teenager to Connecticut, shared an apartment with me on the Lower East Side for a while before marrying her painter husband, also a southerner by birth. Mary Elizabeth and her husband woke up one day to discover they were sincerely and deeply unhappy in New York, though both were pursuing careers that would have dictated that they stay near the supposed center of art and fashion. But, she told me, they had an epiphany one day and left New York soon after, with a sense of great urgency. Says Mary Elizabeth, "We (Southerners) are genuinely hurt when (New Yorkers) mistake our friendliness and outgoing natures for falseness or stupidity." They went South, to Charleston SC, a place where you can be friendly and not be despised for it.

Not long ago, Mary Elizabeth and her husband bought a home in beautiful Altamont, NC. She only has to endure that peculiarly New York meanness when her career as a freelance writer brings her back to the city for conferences with the sharp-clawed denizens of the fashion and design world. It's not as if Mary Elizabeth can't have sharp claws when she wants to, it's just that she prefers not. Just like Kristin and Cliff Lee prefer not. Just like I prefer not.

It is not a sign of stupidity to smile, or to be generous or kind. But New Yorkers as a tribe seem to think so and if you have even a scrap of graciousness in you, you will eventually be hurt by New York's brand of mean. Beauty wears a frown in New York City, and she has sharp elbows and knees that she won't hesitate to jab into you if you show the least bit of softness. That is why I am leaving New York.

And that is why Cliff Lee said "no thanks ", in the softest, nicest, Southern way possible to New York City.
Posted by Dorothy Potter Snyder at Sunday, December 19, 2010