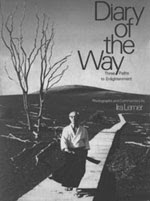 Sounds like a great book, and a fun way to get started in your new home, and of course, glad to see you are still blogging. I am currently shilling David Dow's Autobiography of an Execution, which is the most amazing book I have read in years.

Oh yeah: you gots to fix your Tenured Radical link & link it to the new Chronicle site:

Many thanks TR! I certainly will fix that link. It's a lovely looking page....Safe travels home!