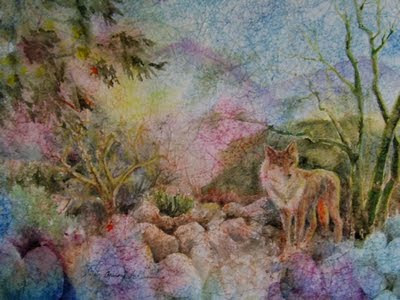 I don't typically take such a businesslike approach to my reading, but since I am enrolled in the BlogLily Summer Reading Program I really have to keep on a tight schedule. The notion that summer might end without my having read the required 8 books in 8 categories is unacceptable to me, and anyway I am deriving great internal comfort from the exquisite demands of the Program. I am a freelancer and every effort I have made since 1989 has been at my own behest and it is nice to have someone else issuing the marching orders for a change. In The Summer Reading Program, Lily is in charge.

The outline of the Program is helpful. Instructions are given. And though the directions can be interpreted broadly, they provide a clear direction. While executing these directions, interesting things happen. A marble is pitched into the circle, hitting another marble and then another. Nothing is random.

Assignment by BlogLily: Read a book recommended by a librarian.

I had lived in Piedmont for a total of ten days and actually had to locate the library first. I found a branch which interested me because of its proximity and also its brag that it has the largest collection of books by African Americans in the country, so I applied for a library card. It was difficult to get the card because my Piedmont Electric bill does not bear the same name as my maiden name on driver's license, but I got the card anyway thanks to the mercies of an older librarian who clearly did not want to deal with me having a snit at her desk that hot afternoon. After that sweaty episode I asked the much younger assistant librarian for a recommendation.

Mariah, the assistant librarian, is stunning. Her café au lait complexion, enormous gray eyes, gently dimpled chin, and serious expression were frankly unsettling to me. Beauty sometimes is. I have stood in the Louvre weeping at the sight of Delacroix's Liberty Leading the People. Mariah's exquisite self was clothed in a nondescript gray pencil skirt, blue cotton t-shirt and an anonymous-looking blue cardigan. The plainness of her garb was like a toss away, the absolute certification that either she didn't know she was beautiful or, better, didn't care. I noticed that her fingernails were carefully trimmed and naturally very white at the tips which turned up at the ends like Dutch clogs, and I couldn't stop staring at them as she processed my library card application. When she handed me the card, I asked her for a book recommendation, and watched transfixed as she inserted one curly, white-tipped finger into the corner of her mouth and thought carefully. "Come this way," she said finally, and led me to fiction, K. "Prodigal Summer" by Barbara Kingsolver was her recommendation.

Lush and beautiful are the best words to describe this tour de force novel. I am sure you've all read it, but I hadn't read any Kingsolver. Having just moved to the thrumming, buzzing, fecund forests of Piedmont, I wallowed in this book and its images. But more than just loving it, I admire it for its formality and unashamed clarity of message. Yes, there are moments when the novel's carefully woven story lines about mating, hunting and forming mutual protection groups feel way too pat and preachy. And except for their differing ages and geographical locations, the three main women characters in the book might be the exact same person: Deanna the ranger who takes the side of coyotes over her own mate; Lusa the lepidopterist, who is widowed young by her farmer husband who had used poisons to kill insects and kills honeysuckle; and Nannie Rawley, the elderly but spirited apple grower who gets on just fine without a man. All these are utterly self-determined Earth Women who don't really need the galumphing men around them much, and who are much more in tune with the interconnectedness and magic of nature than their gun-toting, pesticide spraying male counterparts.

But after I relaxed into the world of Zebulon Mountain, after I gave in, true admiration set in. Kingsolver's book is a formal composition in which the interconnectedness of all life is a theme that is expressed in different ways, rather like a simple melody is embellished in the movements of a symphony. The interconnected stories weave a lush tapestry that, after all, makes sense and it very entertaining to read. She has a flawless ear for her characters' internal conversations, and I loved learning about the ways of coyotes, moths, American elms, cockle burrs and a variety of other things that Kingsolver describes with great precision and detail. Also fun is that the sex scenes are quite yummy. After I read the sweaty opening mating scene between Deanna and her much younger lover, I kept turning to the demure photo of Kingsolver on the back cover and wondering where in heaven's name she came up with this hot stuff. What we don't know about lady authors could, well, fill a book!

The New York Times really slammed this novel when it came out. Snootily, Jennifer Schuessler wrote:


''Prodigal Summer'' has its plot twists, few of them surprising. As in any ecosystem (and any soap opera), everybody turns out to be related to everybody else, and just about everyone's fate is determined by the aftershocks of a collision of sperm and egg. Lusa comes up with a novel solution to the Darwinist's famous problem of explaining altruism, and Deanna realizes she may not be the evolutionary ''dead weight'' she has imagined. In the end the expendable males have disappeared, and the women and children band together in their own blended families, like the coyotes of Zebulon Mountain. This may be an attractive fable, but it doesn't make for the kind of psychologically complex literature Kingsolver is well capable of. Biology may be destiny in the forest, but good fiction -- like good sex -- happens mostly in the head.

As someone who has broken up with New York, I also reject Jennifer Schuessler's whole anti-fable trip. Am I nuts? I have read the last sentence of that paragraph about twenty times and I still can't get what the hell she's trying to say. Sex also happens in the good old flesh, Jennifer! And what, pray tell, is psychologically complex enough? Did she not find the sex in this book good? Or did everything in this book just end up too sort of happy and OK to be good writing? Clearly I am missing her point.
BlogLily Assignment: Read a book in Women's Genre
I have a notion that "psychologically complex" for many modern critics might be Helen in Alice Sebold's novel "The Almost Moon". This is what I took out of the library after turning in Prodigal Summer as my "woman's genre" choice. I figured it must be women's genre because of Lucky, the story of her own rape which I read years ago. I am telling you true when I write that Moon is the first novel EVER that I nearly gave up on in the first 10 pages, despite its being very well-written. First of all, it's depressing as hell. Second of all, there were places, landmarks and human frailties in the book that felt a bit too eerily close to some crumpled pages in my own life to feel happy reading about them in a novel. Enough said.
Yes, books about screwed up people and the horrific acts committed by them in the bright, clean light of suburban America are ones I generally want to avoid. I think that for a lot of literary critics declaiming from on high at important magazines and newspapers, however, "screwed up" is synonymous with "interesting" and "psychologically complex". I often felt when I was living in New York that unless I suffered from some awful, life-destroying mental problem, I could not possibly be spotted as noteworthy or interesting. I worked at Interview Magazine and, believe me, I know what I'm talking about. Interestingly, the further from New York I get, the more interesting other people seem to find me despite the fact that I am less screwed up than I used to be. Here in Piedmont, it appears that many people think that just being kind and pleasant is quite enough without being, well, Interesting.
In "The Almost Moon", the central screw-up is Helen's mother Claire Knightley whose agoraphobia and obvious narcissism make her an awful mother and wife, and even cause her to allow a little boy who's been hit by a car to die in the street because she simply cannot move outside her property line to help him. Helen, Claire Knightley 's damaged daughter, does her best to become a wife and mother, but ends up getting divorced, having iffy relationships with her own daughters, and smothering Mom to death with a hand towel and stashing her in the basement. This horrific act happens quite early in the book and is the only really positive attempt to help herself that Helen attempts in the the whole rest of the novel. The father is passive, helpless in the face of his life and his wife, and he lives a shadow life in his destroyed boyhood home which he populates with wooden sculptures of the people in his life. Creepy.
Yes, I almost closed this book forever. After all, who needs to add more ugly to life? This book was all death, as much death as Prodigal Summer is all life, and I really like life better. That said, after setting it aside, I picked up Moon again. And again. Because Sebold is such a very good writer that she seduces you into a kind of lull in which you feel that the outlandishly bad world of her characters is really not so abnormal after all. In that hallucinatory lull, you can really appreciate Sebold's stand-up good writing skills, and before you know it, you've reached the end of the book which is, mercifully, short.
Would I recommend Prodigal Summer to a friend? Yes, absolutely. It's like a warm bath in pheromones and honey. What about The Almost Moon? Yup, as long as the friend has been in therapy for at least 6 years.
Did I learn anything from Prodigal Summer? Yes. I learned about coyotes, moths, goats, elm trees, and lots of other cool things. Lesson from The Almost Moon: If having crazy parents is awful, killing your Mom with a hand towel is even worse.
Painting: "Coyote", Marilyn McQuarrie
Posted by Dorothy Potter Snyder at Sunday, August 07, 2011